Life After You- What Your Death from Drugs Leaves Behind

This was a tough story for me to work on. But I had to.

One thing is to read the CDC’s stats that indicate that every day there are 78 deaths from opioids, another is to be deeply touched by the reality that surrounds us. These are real, personal stories of loss for many families who we may know. And this could also be yours. It could be someone I know and love, too.

Yet too often we believe that our family dynamic may insulate us from such trauma. “How could a parent not know?” is the accusative question that too many unjustly ask. Well, do you remember being a teenager? I do. And till this day my parents do not know that I had an eating disorder for years. I hid that reality very well.

So many teenagers struggle in isolation with their own issues because they may feel disconnected from those closest to them and fear ensuing judgment or punishment should they open up about their problem. Then, of course, there is the jarring reality that is continually echoed in Linda Lajterman’s experience when she hears, “Drugs and my Kid? Never!” 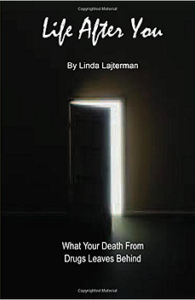 My latest podcast is an interview with Linda Lajterman about losing her 19-year-old son Danny to a drug overdose. Linda shares why shortly after her Danny’s death she was motivated to write about her tragedy in the poignant letter Dear Friends, although intended for her local community, and how her words touched addicts and their families all over the world. The tremendous connection that so many people had to her story inspired her write the book, Life After You -What Your Death from Drugs Leaves Behind, which presents a sobering yet very real picture of death from a drug overdose and the aftermath that follows, such as in Chapter 5: Your Death and Chapter 6: Your Funeral.

Linda hopes her book, which also addresses long-term debilitating health issues due to drug abuse, can help our youth and families engage in open conversations. Her mission is to help those with drug addiction to seek help from loved ones instead of struggling in isolation.

She can be reached at www.lifeafteryoubook.com, and Facebook Life After You -What Your Death from Drugs Leaves Behind –  and Twitter at Lajterman23. 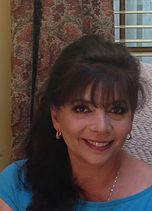 Linda is a member of the Family Advocacy Partnership (FAP), created by Steven Rogers, the Commissioner of Nutley, NJ, who invited me to facilitate this much needed support and resource group, to launch in August 2016. Family Advocacy Partnership is a network of family advocates whose experience with drug-related trauma will serve other families immediately dealing with a loved one’s drug overdose or a related health crisis.

Drug overdoses are an escalating problem within our national drug-related health epidemic. Between2000 and 2014 about half a million people died in the United States from drug overdoses. 2014 went on record as the year of the most deaths from drug-overdoses with most of them (6 out of 10) due to opioids.

For more stats you can visit the CDC’s Injury Prevention & Control: Opioid Overdose.