One of my latest projects is grant consulting for the Italian-American Repertory Theater Company, a nonprofit celebrating Italian-American voices through theater productions in the New York City-Tri-State area. This one, in particular, is an opportunity to bring to fruition a passion project for a notable actor, producer and playwright from West of the Hudson River.

In 1995, the Italian-American Repertory Theater Company (IARC) was founded by playwright, producer and actor John Fedele and producing director Lisa Defuso to provide Italian-American theater professionals, in New York City and New Jersey, the opportunity to work on productions promoting accurate and positive stories of their community in honor of their culture and heritage.

That year he made his playwriting debut with “Brotherly Love,” a comedy-drama in which he played “the funny, hotheaded Vincent,” as his portrayal of the character was described by The New York Times. Directed by Robert Mariah, the play had a long run to critical acclaim at the Off-Broadway Samuel Becket Theater, including by The New York Law Journal’s “A ‘Brother’ You’ll Love” noting it was “wholesome enough for family-values advocates while his dialogue is liberally peppered with zesty X-rated one-liners.”

The following year Defuso left the company after the 1996 production of “Painted Ladies.” Since then Fedele has been the sole producer of IARC and continues to be driven by his passion to elevate the Italian-American experience, similarly to Jewish-American or Irish-American repertories. He notes that while IARC’s target audience is Italian American, “the company produces projects with universal themes that are relatable to all ethnicities.”

As a performer, Fedele has been acting since the age of 13. He loves acting because “it enables him to learn about other people by exploring their experiences directly in his skin.” He made his New York City debut as the sinister drug addict, Bickum, in “Does A Tiger Wear a Necktie” at 28th Street Playhouse” by Don Peterson. Since then he has played various roles in plays. This year, Fedele takes on the immigrant experience from the point of view of an Italian-American in his newly penned play “Main Street,” which was inspired by his own experiences growing up in his hometown, Cliffside Park, NJ. 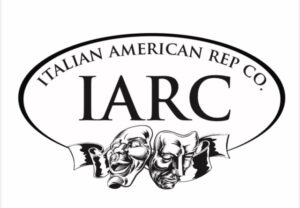 He is also excited to step into the role of Anthony, a deli worker and aspiring actor whose dreams haven’t gone the way he had hoped but continues to push forward. His play challenges the audience to face relevant, poignant and existential questions: “What is the American Dream? Does it still exist? What happens when you seem to achieve it? Does it ultimately bring happiness?”

John Fedele envisions his nonprofit IARC to produce “Main Street” for NYC or NJ theater audiences by end of the year. Currently, the company is developing its lineup of productions for the next couple of years and will be launching a crowdfunding campaign as well as applying for grant funds in support of Italian-American theater and arts programs.