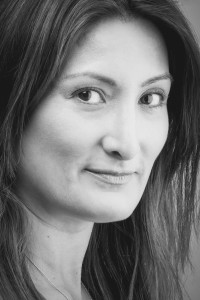 On Wednesday, September 30, 2015, I produced my very first panel on arts and entertainment at Montclair State University, which included a last-minute adjustment to the speakers’ list, the talented actor-producer-writer-director Adrian Martinez  who was game to join the conversation a day before the event after one of the panelists canceled due to film shooting commitments. If you want to produce, you have to ready for such changes and be quick to reach out to your contacts to ensure the production continues on track. Adrian, whom can be seen on so many films, TV shows and commercials that I feel remiss mentioning  just one, has supported me before when he sat with me in a studio to record an interview for LatinSlate, a podcast I hosted and produced when I was the public relations chair for the New York Chapter of NALIP. In addition, I am in deep gratitude for all who participated in this event: moderator Courtney A. Fitzgibbons who recently joined MSU’s College of the Arts as the Director of Career Services; percussionist-drummer-singer Karina Colis, Grammy-Award winning music producer Steve Pageot;  music producer Roman Rojas, engineer on the 2015 Grammy nominated record, “Chino y Nacho for Babies” (Chino y Nacho); and of course Memorial Auditorium’s manager and crew who ensured the event flowed without a glitch, Gene Lotito, Michael J. Aquino and the amazing team. 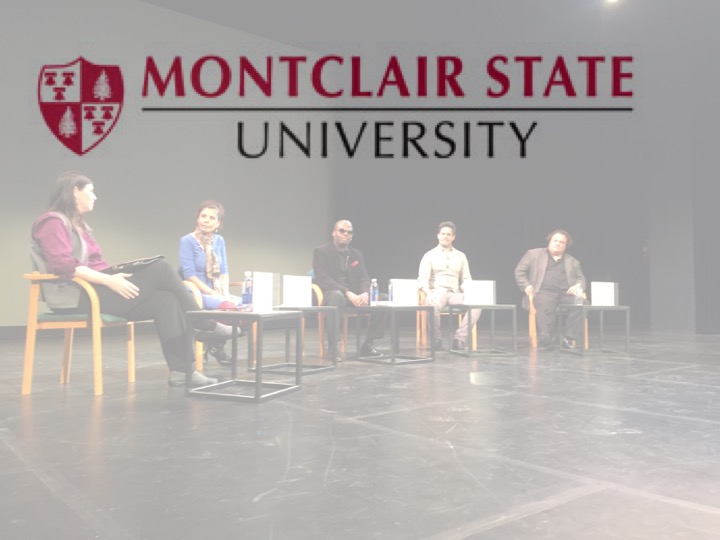 But we were all gathered to connect and motivate students who joined us to hear how they can prepare for careers in the competitive world of arts and entertainment. As an independent multimedia producer, I have been working with college students on various of my projects, bringing them on to gain hands-on experience and college credit, including my most recent intern, Parker Robinson who works with me on a HourGlass, a podcast I host and produce with acclaimed choreographer, director Maria Torres, who is  currently on the creative team of the Broadway Musical On Your Feet. This experience has inspired me more than I can ever contribute to a student’s industry skills. Each student has brought passion, talent and an unwavering commitment to their craft, which continues to awe me with each experience. I learn more from them than I can share. It is truly one of the most rewarding professional experiences I’ve had, and on the personal level it has touched me to continue work that in some way helps me pay it forward, or serve as a mentor type.

After Courtney Fitzgibbons concluded the panel discussion, we all had the opportunity to meet with students who expressed deep interest in attending more of these types of discussions to help them connect with working artists across disciplines. Apparently, this was also the first time MSU hosted this type of event – a panel discussion with professional artists discussing Arts & Entertainment matters at Memorial Auditorium, a 988-seat multi-cultural presentation/performance venue.